Last week, I wrapped up my first quarter in graduate school. I always dreamed of going back, but for some reason, I thought it would never happen. All that changed after the events of last year. With Jon's encouragement, I decided to go for it, and here I am! On my way to an MFA in Film with hopes of teaching screenwriting, directing, and cinema history in a college setting. 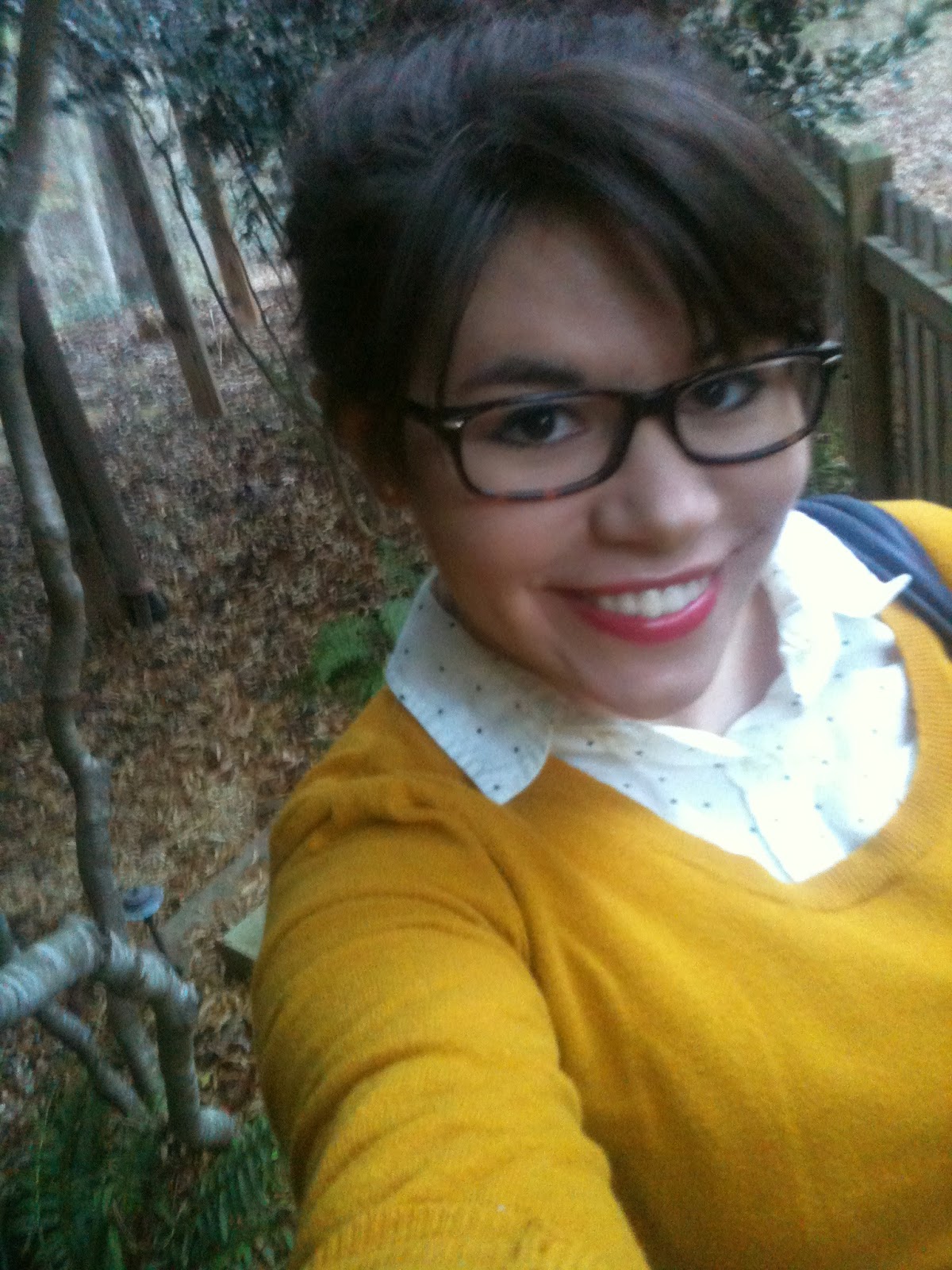 On the way to finals.

I took two classes, one being Sound Design and the other an online History of Cinema course. The wealth of knowledge that I obtained is grand and I was very proud to succeed again in academia. Going back to grad school, which I highly recommend if you are considering it, gave me two key things. First, my passion for cinema was once again ignited. I immersed myself in the process of research, reading, and projects. Most notably, my love for silent films and the French New Wave grew immensely! Second, I gained more confidence as a filmmaker. I have always been intimidated by the film industry. Even when I was deciding my major for a BFA, I contemplated film, but chose against it because my confidence level wasn't high enough. After my experiences with Picture Show and Nirvana, as well as my grad courses, I feel a shift. I feel more in control of my vision as a filmmaker, with passion and intellectualism, as well as technique to back it up. For this, I am very grateful. 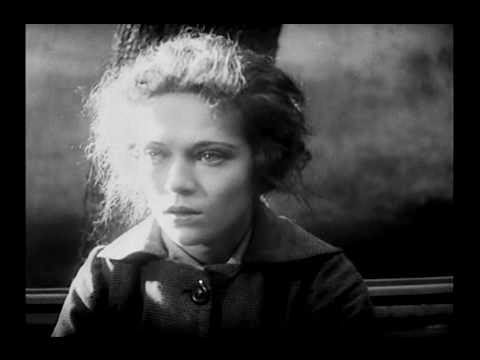 With that being said, I want to share my final projects. The first, my Sound Design final, is the 1926 silent film Ménilmontant - a French Impressionist film. The challenge was to add sound and music to the silent piece. I wanted to give the film a modern touch, grounding it in reality, while also staying true to it's impressionistic poetism. Check it out HERE.

For my research paper in history, I focused on the first female filmmaker - Alice Guy Blaché. So much of her work and legacy has been lost and overshadowed by more famous male directors like Georges Méléis and D.W. Griffith, but she is phenomenal and worthy of great praise! She was one of the first (if not the first) fiction film director and she owned her own studio in America before women even had the right to vote. Even many film students are not familiar with her work, so please take the time to read a few excerpts from my paper. I tied in her story with the overall rise and fall of women filmmakers during the silent era (women were once common in the film industry!) and discussed the modern state of female directors. 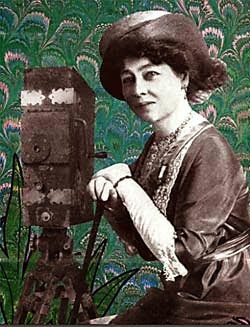 From Page 1
The first female film director, Alice Guy Blaché, is well known for stating, “There is nothing connected with the staging of a motion picture that a woman cannot do as easily as a man” (qtd. in Wexman 13). If this statement is true, why then have women notably played a lesser role than men in the Hollywood industry, especially in the field of directing? Women flourished as filmmakers in the beginning of cinema. In fact, numerous female filmmakers contributed vast knowledge, creativity, and skill in the silent era. Women, such as Blaché, helped build the foundation upon which narrative structure would grow. In addition, their technical achievements rivaled those of their male counterparts. Unfortunately, early film historians considerably diminished their contributions due to the fact that women were thrust out of the industry following World War I. In the 1970s, after the collapse of the traditional Hollywood studio system in the late 1940s, prominent female film directors would again emerge. Thus, the development of the Hollywood studio system attributed to the vanishing roles of women as directors, a phenomenon which closely paralleled the rise and fall of Alice Guy Blaché’s career.

From Page 3
Blaché states, “If the future development of motion pictures had been foreseen at this time, I should never have obtained his consent. My youth, my inexperience, my sex, all conspired against me.” (qtd. in Simon 5). Early pioneers like Gaumont, Edison, and the Lumiére brothers had little faith in the future of cinema and did not recognize it as a legitimate art form. In her essay, “True Womanhood in Hollywood: Gendered Business Strategies and the Rise and Fall of the Female Filmmaker, 1896-1928,” Karen Ward Mahar attributes three factors to the inclusion of women into the early film industry. According to her, before the 1920’s, the industry was “ungendered” because it was new, initial success caused labor shortages, and it operated outside the boundaries of “legitimate” business practices. Women were therefore allowed to participate in the passing “fad” of filmmaking and, as I will explore, would prove essential in establishing its respectability and staying power.

From Page 5
Alice Guy Blaché arrived in the United States in 1907 and heralded the advent of female directors and producers working in the industry. With her leadership, women began taking a more active role in the production side of motion pictures, directing films before they even had the right to vote. During this period, Blaché proved herself as a definitive figure in the development of motion pictures and broke barriers down for women in the United States when she established her own production company, Solax Studios, in Fort Lee, New Jersey. At Solax she served as “director-general” and made hundreds of films, including Dick Whittington and His Cat, her most ambitious film at Solax. During this period, Blaché also gave birth to two children and according to McMahan, her rate of production equaled that of D.W. Griffith (xx). Significantly, she created an assortment of genre films that were equal to, if not sometimes superior to her male counterparts, such as comedies, westerns, melodramas, and military films. Throughout her career, she pioneered visual techniques, such as hand painted color, superimposition, and synced sound to picture long before it became the standard. She ultimately worked in cinema longer than fellow pioneers, Edison, the Lumiére Brothers, and Méliés, who had all given up film by 1914.

From Page 9
The end of the 1920s ushered in the Golden Age of Hollywood. The need for women diminished when respectability was secured with the middle class audience. Financial legitimacy was now the major priority of the industry. Although women had achieved high-level positions in filmmaking, primarily due to their artistic abilities, the role of women in the financial arena was nonexistent. “Unfortunately for Lois Weber, and the women in the industry who were in her shadow, the efficient, masculinized, businessman-filmmaker – the type most admired by the investment community and the emerging studio system – became the Hollywood ideal in the years following WWI” (Mahar 102). The successful director was typified as the masculine, boots wearing, mega-phone wielding dictator of production. In contract, women were stereotyped as emotional, soft, artistic, and intuitive. These traits were considered suitable for positions in screenwriting, but not for the role of a director. Moreover, the gendering classification strategies of the Hollywood studio system brought about women’s disappearance in filmmaking.

From Page 11
When it comes to changing history, Peirce concludes that men are privileged in the Hollywood film industry and they have been for decades, until they decide to “give up some of the pie,” change will not occur. Director Kasi Lemmons, who released Black Nativity in 2013, is a full-time faculty member in the graduate film program at NYU’s Tisch School of the Arts, and takes a more optimistic approach, as she witnesses, “very talented women up and coming as directors, writers and DPs. I think it’s a new world, and we have to be careful not to be trapped in anachronistic pessimism” (qtd. in Dawes). Perhaps writer/director Lynn Shelton puts it best, “I didn’t start making feature films until I was 39, and it totally had to do with my confidence level” (qtd. in Dawes). This lack of confidence is a direct result of women such as Weber and Blaché being written out of film history. In two cinema studies textbooks, including Film History: An Introduction and A History of Film, the work of Blaché and Weber is diminished to slightly more than a footnote in history. However, in the future, if film historians choose to include more information about such filmmakers, the results will prove to have a positive effect on women directors today.