I don't remember what it's like to cry on my daddy's shoulder.

Father's Day has always been a strange holiday for me. I've never known quite what to do with myself. Raised by a single mother, I always imagined having a father looked like this: 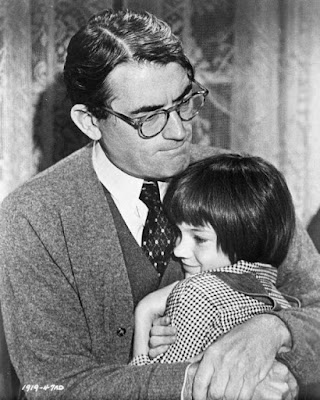 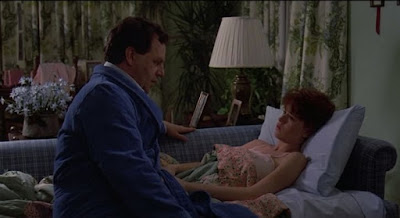 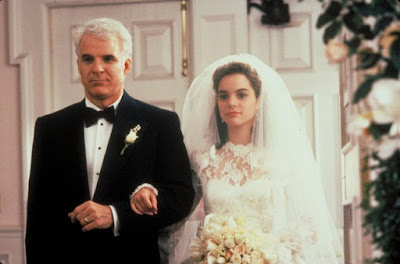 So, me being me, I'd always spend Father's Day watching a marathon and fantasizing of the idyllic American dad. From Atticus to George Banks - I was certain this is what having a father would look like.

My father was born in 1936. When I was a child, he was the age of most of my friend's grandparents. Were he alive today, he'd be approaching 80. Here's an excerpt from an essay I wrote in high school about my father:

I lived with my mother and daddy would come in and out of my life, mostly unannounced. As a young child, I believed he was a real cowboy, a small but strong man, stepping right out of the “Hollywood Wild West” and onto our front doorstep. He always wore tight, dark blue jeans and worn-out plaid button up shirts. With the scent of alcohol and smoke on his breath, he would always bring me one of his special homemade gifts, like a stuffed royal blue elephant he stitched himself. When he would give me a hug, I found my small body wrapped up in his lanky, frail structure, bones crushing and struggling for air. His rough, bony hands would always stroke my face, delicately, and his kisses were like those given by a lonesome hound dog. His big brown eyes were so dark that the pupil was difficult to distinguish and his voice was deep, soft and very raspy. I recall his laugh as a series of deep grunts and breathless coughs. He was no Atticus Finch, but still he struggled to give me as much love as I could possibly stand within the time frame of those very brief visits. I could tell even then he seemed to be constantly yearning for love but always too reluctant to accept it. 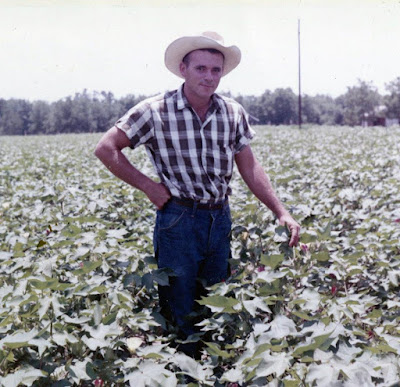 Later in the essay, I write:


As a child, I always wondered why my father was so affectionate. In the winter of 2000, I realized he was simply making up for lost time we would never share. My last memory was of daddy lying in a hospital bed struggling for life. His skinny body was wrapped up loosely in a white hospital gown and his thin face was covered partially by an oxygen mask. The funeral that followed was awkward and is a hard memory to revisit. I participated in the planning and was even present in selecting the casket: a simple, yet elegant pine box, the grain of the wood visible through the varnish. I stood at his side, along with his other children, and felt as though I was standing in a place I shouldn't be. The sweet aroma of flower stands overwhelmed as I greeted each relative and friend who came to pay their respects to a man who was never understood. Shattered, abandoned, alone, I had lost someone I never truly got to know. 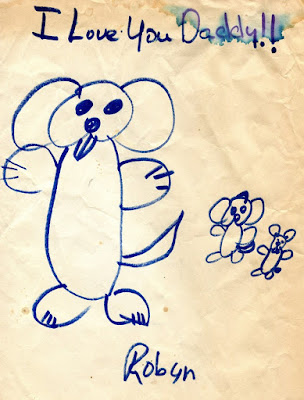 Father's Day used to be a painful holiday that I would endure, but I have become more resilient over the years. No, my day won't look like the smiling happy pictures I'll see on Facebook, but that is okay. And I may not remember what it's like to cry on my daddy's shoulder, but I know, deep down, that I did many times as a little girl. So, although my Father's Day is different, I, like many others, spend it honoring the memory of my father. The great man that I know he was. The influence of him on my own being. The many traits that I don't even know we share. I also celebrate it by thinking of the strength of my single mother, who did her best to fill both shoes. And an extended family who came together to show me so much love throughout my childhood. 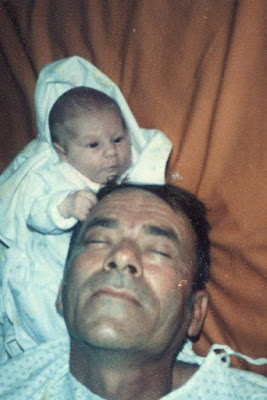 I also consider myself one of the luckiest girls alive because I get to spend another day with a great man who reminds me a lot of my father. My husband has shown me what it truly means to be a fearless man. His compassion and love for me exceeds any expectation I could have placed on my life. And for him I am thankful. Thankful for his strong shoulders I can always cry into.

We don't have children in the traditional sense. But, as I type this, I swear to you that our puppy, Harper Grace, knows that it's Father's Day. She has been curled up in her daddy's lap all night. So, there's another blessing to celebrate. Because after all, my life may not be all that traditional, but it sure has been wonderful. 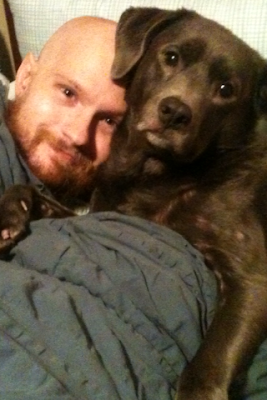