I have had an incredible Sunday, Monday and most of Tuesday this week. I realized after my last blog post how great I felt. I was so relieved to get some of those thoughts and feelings out by writing. It didn't even matter how many people read it, although many did. Thank you. But, it just felt so good to have those words pour out of me. To have a place for them. I have been really happy since. Lighter. Laughing more. Actually relaxing. The C word stayed away from my brain for hours on end. Until tonight. We were just sitting on the couch watching TV after dinner. Jon was falling asleep. My brain turned on and began churning all those dreaded thoughts about cancer, treatments, what ifs, oh no's, etc. That's how it works, my friends. It sneaks up on you. Jon went to bed and I stayed up. I'm restless and I hate it when the world comes into sharp focus late at night. Now I'm searching the internet for...I don't even know what. Comfort? Answers? Compassion? Companionship? It's funny how a search engine can transport you from one thing to another. I thought maybe writing a post would again make me feel better. So, here I am. With no certain intent. I thought I'd share what I came upon in my searching...

A Short Film: I love Marcel the Shell


Another Blog: My Husband's Tumor 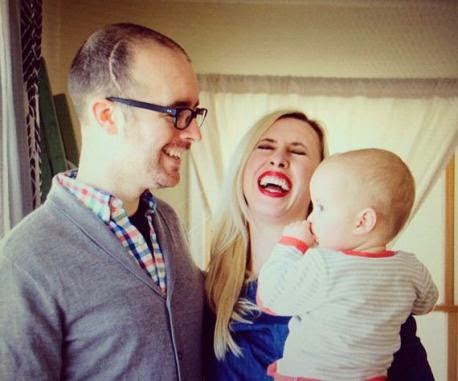 Nora and Aaron Purmort and their baby Ralphie. I recently found her blog. Aaron passed on from a brain tumor this month. Another young couple, both artists, facing cancer. Nora is a beautiful writer. I feel her pain and sorrow. I wish I could give her a hug. No, this probably isn't the healthiest thing for me to be reading. Especially at midnight. But I love them. And I don't even know them. I love how she stresses that theirs is a big love story with a little bit of cancer. They never let cancer consume or define them. She loves him. Cancer nor death can tarnish that love. Even after multiple treatments and chemotherapies, they chose to try for a baby and were successful. She writes about how not just any love can handle the stress of cancer and I relate to it so much and it makes me feel better. I love her will to keep on keeping on. In his obituary, which he wrote, Aaron revealed his true identity: Spiderman. Perhaps you heard about it. Read more about them here: http://myhusbandstumor.com

Granny Zola called daytime soap operas her stories. We just started watching two really great stories and I'm excited to see them unfold. True Detectives is highly acclaimed and we're a little late hopping on the bandwagon. McConaughey's character is both mysterious and vulnerable. It's a good murder mystery that seems to move fast. This fall Jon introduced me to Twin Peaks for the first time and I loved it, so TD reminds me of that. We also began watching Transparent. The pilot may be the best I've ever seen. Watching it, I feel both love and hate, enjoying it so much but also wishing I were the creator. All the characters are really lost and messed up, which makes me like it even more. I can relate. I don't know about you, but I love a good television show. In my next quarter at SCAD, I may get the opportunity to pitch a TV show to some studio execs. I'm really excited about this. I have two that I'd love to create. Jon and I have written a pilot inspired by our college years and growing up/falling in love in art school. And I have written a sitcom pilot inspired by my time working at a veterinarian's office. I think it's really funny. So, we'll see what happens... 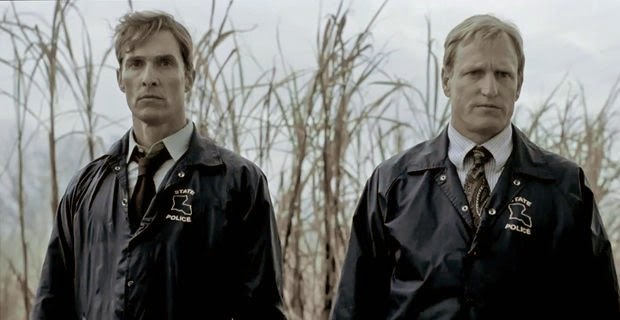 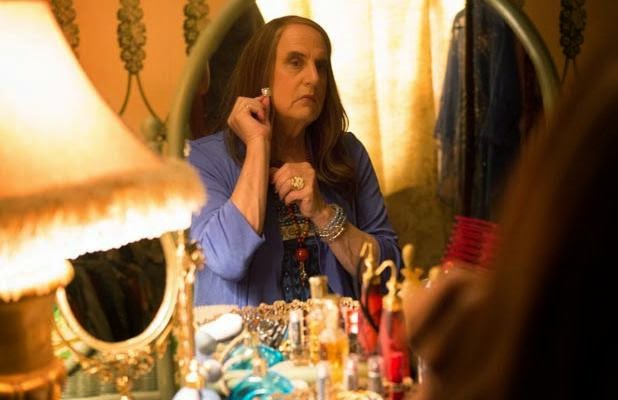 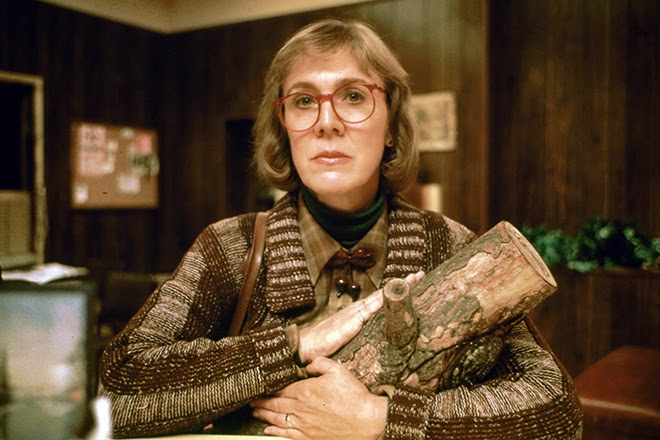 We've seen many good films recently. Birdman, The Better Angels, Top 5, The Homesman, and more. Here are two that I'm really looking forward to. Wild because I read the book, it broke my heart, and made me roar. If you are not familiar with Cheryl Strayed's story, take some time to look her up. She is bold. And the trailer for Selma is one of the best I have ever seen. The music choice is strong and makes me want to stand up. The topic, taken from a moment in history, is especially relevant today. And the director is an African American female. This is rare in Hollywood and in the film biz in general. I'm also following the Sony hacking because I find it all very amusing. Anyone else?

Jon went to bed early tonight because he literally stayed up all night last night working on his movie. I had a terrible nights sleep without him by my side. But I understand and love it when he stays up working. I wake up often and tip toe into the hallway to spy on my little night owl editing away. You already know this, but I love him so much! 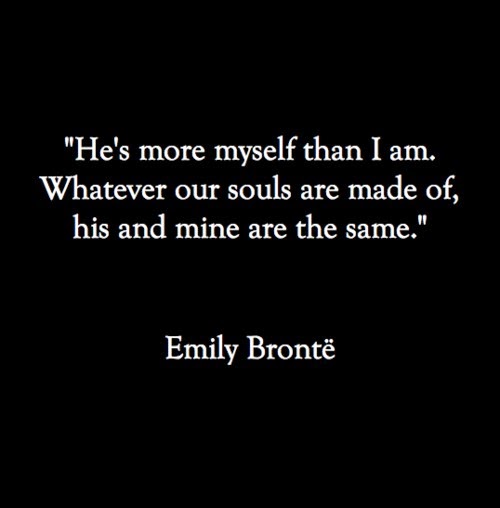 We had the best group of friends in college. I won't tell you too much because we're going to write a TV show all about it. But to sum it up, Jon and I fell in love with each other and became best friends amongst a slightly larger group of friends who were simply the best. We all grew very close as we spent our weekends making movies and hanging out. We even moved into the same dorm building, with the girls living in one dorm and the guys in another. It felt so cool to say things like, "What are the guys up to?" or "Let's go see the guys." They lived one floor above us. Our group of friends in college was like the group of friends you see on TV, in shows like Friends or Dawson's Creek, and you think, "I want that!" I'm so glad we had it. I can close my eyes and time travel back to these days and smile from ear to ear. Here's a photo of our little gang. I love them all so much. If we had a mega DVD box set of our series, this photo would be on the cover: 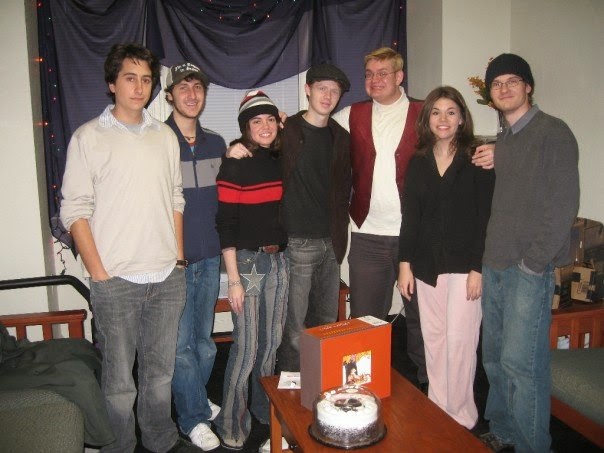 Wow. This photo was uploaded to Facebook on December 18, 2006. Eight years to the date, tomorrow. I cringed as I typed that. Time goes by too fast. Good thing I have the ability to time travel. I love these people so much, have I already said that? Natalie (I think you can figure out which one she is) is one of the best souls I have ever met. We reconnected a few years after college and have stayed in touch. She definitely stepped up when Jon was diagnosed. She was one of a handful of friends who stood by me during that really difficult period. Our relationship may be long distance, but I always know I can count on her. She and Andy (the red head to her left who is also a genius and was featured on the Rosie O'Donnell talk show at a young age) are now married and they came to visit us soon after Jon was diagnosed. I remember her saying over the phone, "If it's cancer, we're coming." How amazing of her??? I cry thinking about it. She is a super talented editor who will soon own Hollywood and make right all the wrongs done by Sony.

The bright smile in the red vest is Doug. Doug introduced me and Jon and I am forever in his debt. My father's first wife (and mother of my half-sister) knew her Pastor's son attended SCAD. Ha! It sounds like a farce. My father's ex-wife's pastor's son's best friend's uncle's great grandmother, etc! Doug and I met in Sylvester, GA at the Bistro (remember the Bistro?) and he agreed to check in on me at school. He did drop by. Unexpected. A knock on my door, just a few days after I moved to Savannah. I was in my pajamas, hair a mess, retainer in place. I held a box of tissues in my hand because I got into the habit of crying myself to sleep. I was very close to calling it quits and going back home. But then I opened the door to find that ever so handsome man you see in the photo wearing the blue beanie cap, glasses and grey sweater. #Dreamy. When I think of the crazy web that was spun for us to meet each other, I stand back amazed. In awe of how this world can work miracles.

I guess that's enough rambling for now. I'm still wide awake, but I think I'll make some tea and watch an episode of Gilmore Girls.