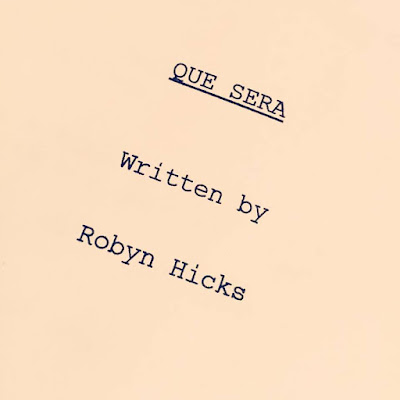 que sera sera: whatever will be, will be


I haven't done a post in a long time. We have been so busy and I don't have much of an update on Jon's health. We were in Nashville for a week, then he went to visit his parents while I came home and continued school. The past few weeks have been crazy, but they've also been really, really good. I don't have any official status of the cancer... but Jon started his medicine on Oct 1 and he is feeling really, really good! I hope that's a good sign. His appetite is back as well and he has gained weight, so again, hopefully a sign that good results are ahead with this new medication.

We are so thankful to everyone who has surrounded us with love and support. Now that we've been in this for several years, it's the small things and we appreciate your words of encouragement, pats on the back and reminders that we are doing the best we can with given circumstances. Thank you!

My graduate studies are in full swing right now and that is honestly a lifeline. I am in a wonderful directing class with some amazing people. Each week we gather to work, create, talk, argue, and get excited about making movies! I am so excited to officially announce my goal of directing a short film, titled Que Sera, by the end of this year!!! Inspired by events in my own life, the short will be my first solo directing venture, with Jon coming on to produce, edit, and be my right hand man! Right now, I am working with some fantastic people to get it launched with projected shoot dates in December. The key elements to this short are my actors and DP, so once I lock down those special roles, I can think more about dates. This project will be a part of my directing assignment for class, with a short of the short being filmed very soon, and the professional short being done in December. Writer/Director/Producer Jen West, whom I talk about all the time and admire so, so much, is coming on board as producer and we are in talks with and auditioning actors this week. I can't say how good it feels to throw myself into something creative.

So what's it about? Well, they always tell you to write what you know, so the story is slightly autobiographical - about a young couple dealing with cancer. Whereas Nirvana is about one individual's personal and spiritual journey, and told in a very poetic, experimental manner, Que Sera is more realistic, observational, and narrative. At the core, it's a character study on two people coming to terms with a diagnosis in their own way. We won't always make movies about cancer, but it's been a major part of our life and that reflects in what we create as artists. And while it's about cancer, it's more about two human beings falling in and out and back in love all while navigating the good, bad, absurd, beautiful, and ugly that comes along with such circumstances. Movies to compare it to would be Blue Valentine, a really great indie I recently watched called Smashed, Like Crazy, and 50/50. The ultimate goal for this is to see it through to a feature in the next couple of years. With all that we've been through, I feel the material has chosen me. I wrote the script in under two hours. I feel the need to honor it and continue to explore it's major themes eventually in feature format.

I am not planning to do a crowdfunding campaign for this, it just doesn't feel right with all the money we've needed to raise to pay for medical expenses and the clinical trial. The budget is very modest and will all go to paying a fantastic cast and crew and taking care of them on set. As a filmmaker, I'm also trying a different tactic in that I'll be reaching out to people individually for larger asks. This is something very new to me, but as I'm learning, very necessary if I want to ever get anything made. If you are reading this and you are interested in coming on board as an investor, please reach out to me! I'll send you the script and take you to coffee. A wonderful mentor and businesswoman gave me some great advice in thinking of money as energy being passed from one cause to another. I'm asking for a little bit of energy to bring this project to life. In the future, I'll pass on that energy for other great causes. I hope that makes sense as I write it, but it really helped me gain perspective on making these asks, dealing with possible rejection, and continuing to move forward.

If you're reading this and you think you can offer your services - maybe equipment or a skill - or you're a creative who is interested in coming on board, message me! I'd love to chat!

I'll keep you updated via the blog on developments, casting, etc! Thank you all for your support!

With Love,
Robyn
Posted by Robyn Hicks at 6:43 AM